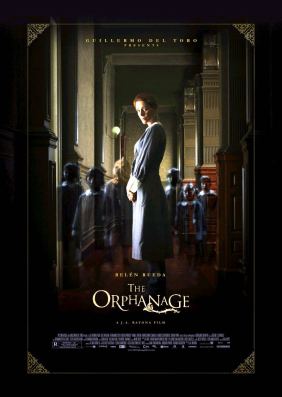 The foundation for modern horror films can often be linked directly to two elements; 1) Shock: Movies that set out to scare people often rely heavily on the jump-out-of-the-dark-and-yell-real-loud types of scares. While often very effective, they ultimately leave one shaken for only a few seconds. If it’s not the AH!” type of shock, it’s shock through excessive use of  2) Violence: Violence and the gore that goes along with it is almost a necessity in the horror genre. It’s amazing how many franchises are built around the concept of how gruesome and creative a death can be. It is because of this standardization of violence in horror films that the audience has become desensitized to the point that it inflicts a sense of light repulsion, but a very small amount of fear. With shock and violence being the two largest ingredients, it’s important not to forget the others. Atmosphere, music and acting. These tend to take a back seat in the modern horror market. While the genre is fun, it all too often leaves one unfulfilled in their search for fear. A deep understanding of where fear stems from is needed to make an exceptional horror movie. It must be patient, laying the groundwork in which the seeds of fear can germinate in the minds of those viewers willing to engage with it. Violence, shock and gore can certainly be used, but their use is secondary to it’s primary objective; the objective to make people afraid. The Orphanage is an exceptional horror movie.

The 2009 Spanish horror film produced by Guillermo Del Toro follows a woman, Laura, who is haunted by a group of childlike specters. Our protagonist returns to the orphanage in which she grew up, in order to renovate it into a home for disabled children. Laura is forced to face the consequences of her sons “imaginary friend”. Her son, Simon, runs away with this imaginary friend, leaving the remainder of the movie to be comprised of the search for both Simon and the truth of what happened to Laura’s childhood companions. The film is a classic ghost story with a haunting atmosphere and cinematography that more than adequately conveys the sense of gut-wrenching terror that is so familiar with losing someone you love. The film has a dark and supernatural tone. The ghost-children haunt Laura, not in a way that is violent or even all that malicious (though certainly scary). For the most part they haunt her just to play with her, sending her on a scavenger hunt that leads to a truth that lies in the past. The thought of losing a child, even in temporary situations like having them wander off while at the grocery store, is a powerful emotion. Even if you don’t have children of your own, you are no doubt familiar with the sensation, perhaps you were the child that wandered off. This is the sensation that gradually grows throughout the film, however instead of finding the child just around the corner, Laura is led on journey that becomes a steady descent into something truly horrifying.

This is not your scare-a-minute horror film, a fact that becomes apparent by some slow pacing towards the center of the movie. It’s a slow-burning horror that allows the viewer to become familiar with and learn to care about the characters. It’s more of an assault of the idea of terror rather than the actions associated with it. We’re not watching teens get slashed up on a camping trip in the woods; we’re observing something terrifying being discovered piece by tiny piece. We feel the fear in Laura as her fear turns to desperation and her desperation into horror. The Orphanage is one of the most emotionally  powerful films of it’s genre to come along in recent memory. There is no tongue-in-cheek humor; there is just fear, which is something increasingly hard to find in movies by these days.